This location, in the Battle of Carrig Na Gcat in 1798, is where Irish and French armies were pinned down by a British cannon on top of this hill. Captain Bartholomew Teeling, a native of Lisburn in County Antrim, rode his horse through enemy lines and shot the gunner dead. This brave and noble deed turned the tide of the battle and the British were routed. The French and Irish army were later defeated at Ballinamuck in County Longford. 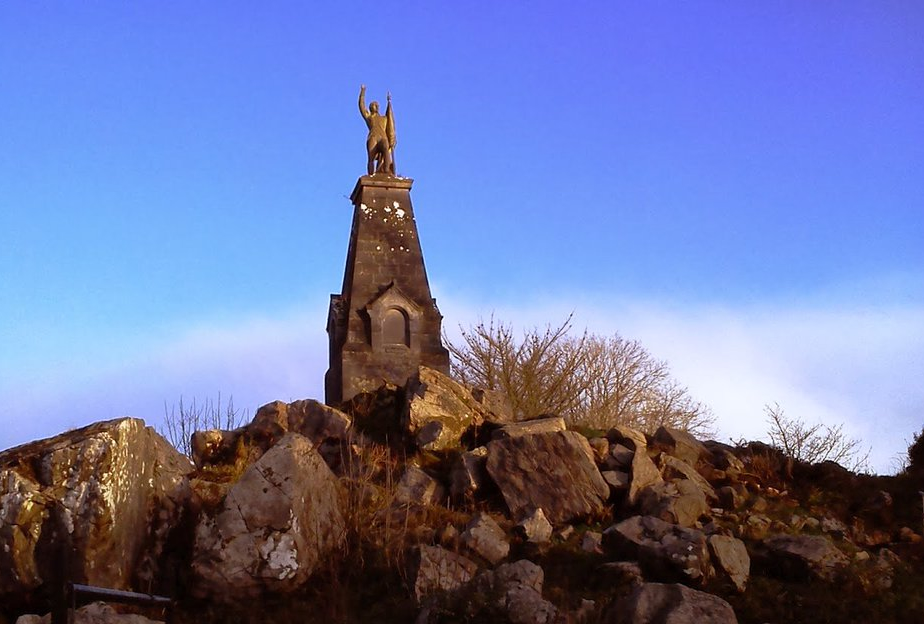 The French were granted Prisoner-of-War status and returned to France. Despite this, Teeling was hanged by the British in Arbour Hill Prison in Dublin. He and his comrades are buried alongside the Fenians in Dublin. About 500 Irish were killed in those battles. Captain Bartholomew Teeling, born in 1774, Lisburn, County Antrim died 24 September 1798 in Arbour Hill Prison.