Known as the Castle of the Curlews, this castle was built around 1590 to protect the pass over the Curlew Hills. It was garrisoned by a Constable and ten wardens from 1610 to 1626 and, after a stout resistance, had to surrender in 1641 due to lack of water. The plan of the castle is modeled on those of 13th century castles, with a small central square block dwarfed by four massive towers at the corners which are round outside and square inside. 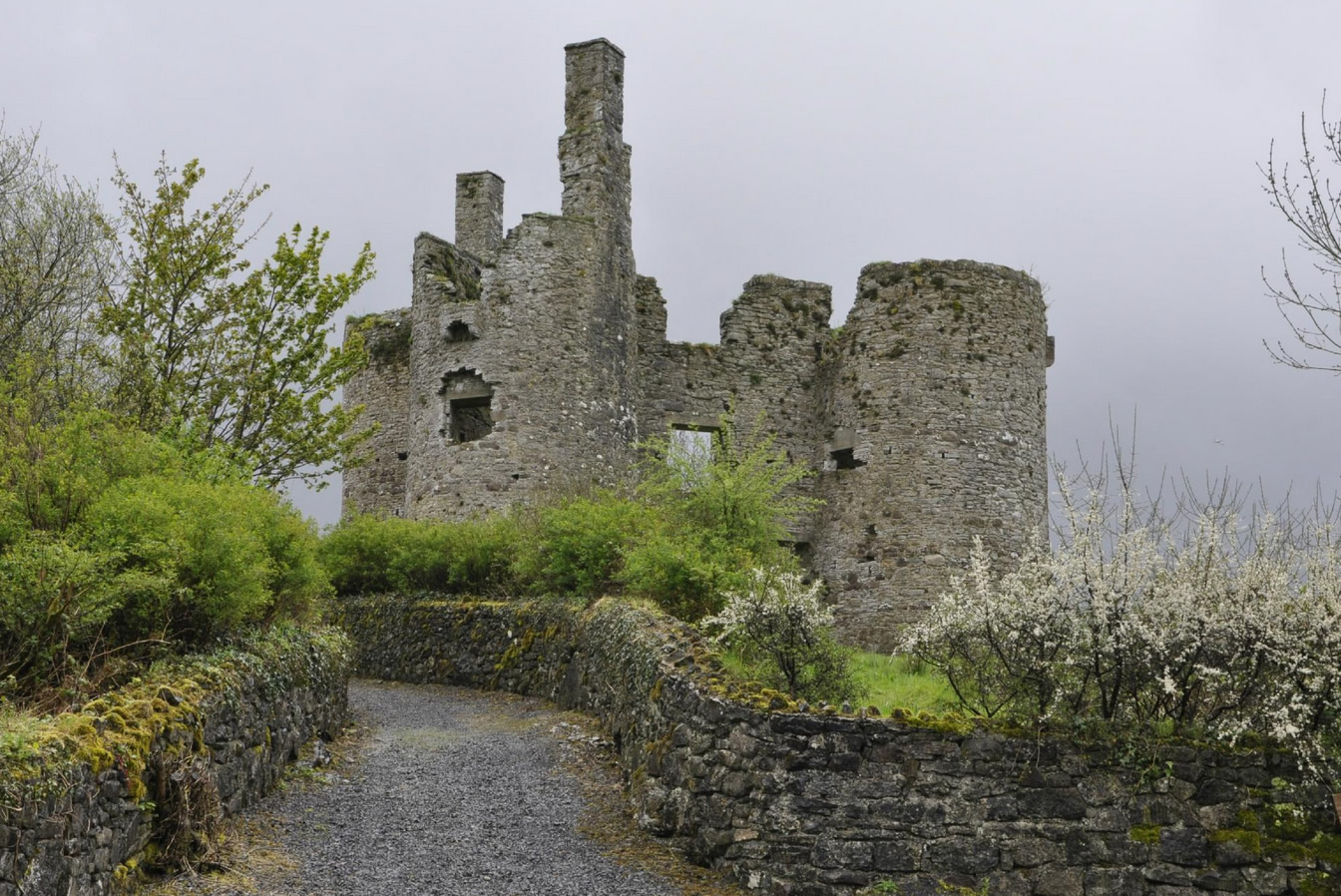 The Castle is located at the edge of the village just off the N4 Dublin road. “There are no strangers here; only friends you haven’t yet met” William Butler Yeats. From Ballinafad its just a short drive south to Boyle and its Abbey.