The first thing we see is a picnic area and the remains of an old Barytes Mill. This valley is guarded by three mountains; Tievebaun, Truskmore and Benwisken. The Magic Hill The Magic Hill is under the shadow of Tievebaun. When you park your car and let the handbrake off, the car will actually move uphill! The drive is a 10 kilometre loop along single-lane roads with spectacular views in the dramatic and wild Dartry Mountains. Early on in the loop we encounter the secret of the Magic Hill. At the south end we may be able to see some of the mine entrances which are closed to the public. 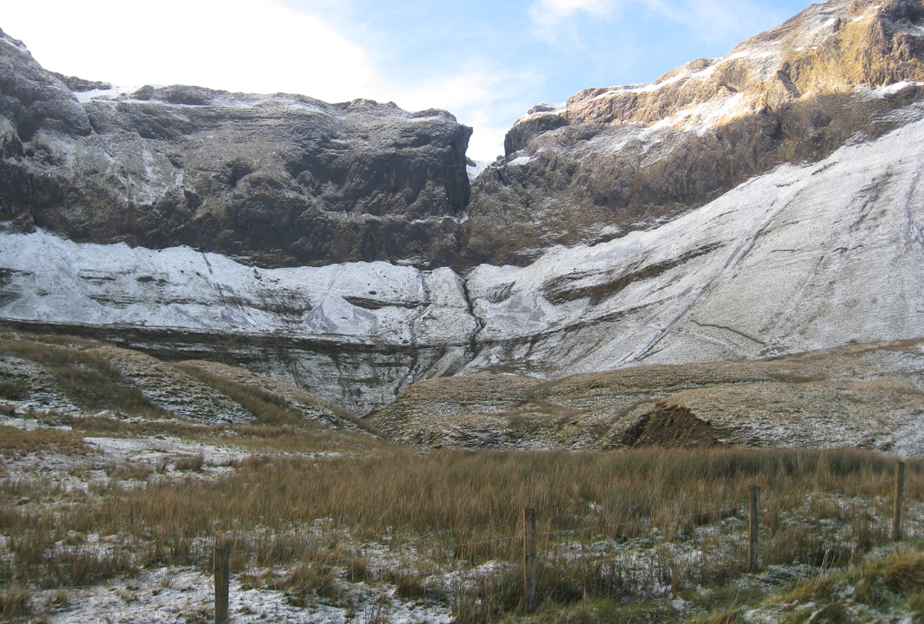 As we turn right at the bottom of the loop we are facing Benwisken. We go right again and after 3 kilometres we come to a 1200 foot cliff where Diarmud and Graine’s Cave is located. It is where they spent their last night together. So we are near the end of the loop we turn left at Ballintrillick and head for Cliffoney where we turn left again and head south on N15 passing through Moneypoint and Grange. We turn left again near Drumcliffe for Glencar Lake and Waterfall.

Part of  The Yeats Benbulben Tour