This is a Franciscan Friary founded in 1508 by Owen O Rourke. It was in use until the 17th century when the Franciscans were driven out by the Cromwellian Army. It is a ruin today, but is a National Monument. In 1798 General Humbert led the Irish and French forces to defeat the British in battles in Castlebar and Collooney. 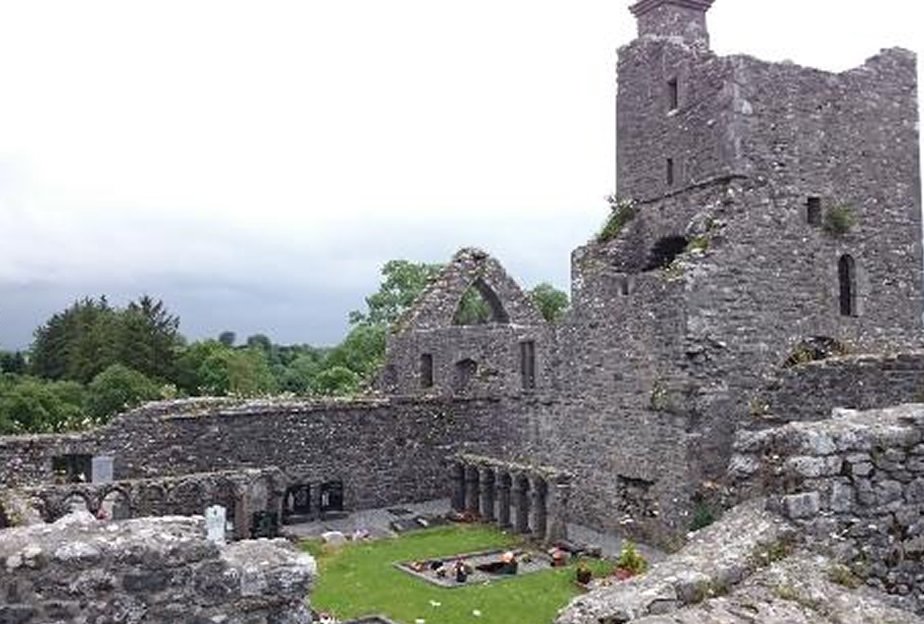 Humbert’s army rested in Dromahair before they captured British Artillery which was thrown into the River Bonnet. On leaving Dromahair, we cant leave Lough Gill, without seeing the lake Isle Of Innisfree.

Part of The Lough Gill Tour