Ballindoon Abbey on the north east shore of lough Arrow is a Dominican Priory founded by the McDonaghs in 1507. Terence McDonagh was buried here in 1713. He maintained an active political role in Irish History and was the only Catholic of influential position when the penal laws were introduced. He practiced Law until 1692 and he helped many families, including the O’Connors and O’Rourkes to hold onto their Hereditary Possessions and Lands. 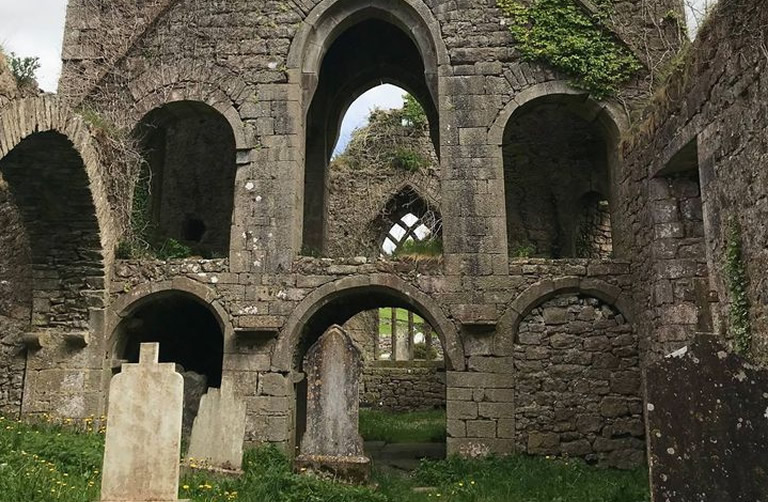 As we leave Ballindoon and Lough Arrow we travel to Castlebaldwin and on up into the Bricklieve Mountains to visit Carrowkeel Megalithic Tombs.